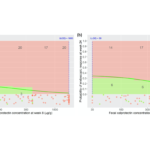 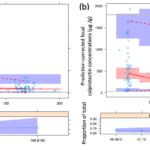 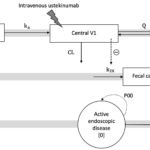 Aims: We aimed to investigate if improved endoscopic outcomes could be achieved through dose optimization based on a population pharmacokinetic-pharmacodynamic (popPK/PD) modeling and simulation analysis.

Conclusion: The developed models can be used to guide clinical trial design and to support model-informed dose optimization (stratified or individualized dosing) to improve endoscopic outcomes. Although our analyses showed that q4w dosing resulted in lower fCal concentrations, the predicted increase in proportion of patients achieving endoscopic remission was limited.

View all abstracts by ZHIGANG-WANG →